A Non-Partisan Presidential Voter Guide That Includes Responses to a Black Women Leaders Questionnaire Will Be Released at the Unity ‘2020 Campaign Launch’s Tele-Press Conference on Tuesday, February 18 in Washington, DC

Tele-Conference speakers will include:

WHAT:  Tele-Press Conference to launch Phase One of the NCBCP’s Unity 2020 Campaign, “Do2In2020:Vote and Be Counted,” in collaboration with its national and state-based partner organizations---to ensure the Black community is counted fairly in the 2020 Decennial Census and votes in the 2020 Presidential Election Cycle nationally and in several key states including: AL, FL, GA, MI, MS, NC, OH, PA, VA and the DC/MD/VA Metro areas and other states.

In addition, NCBCP will release its exclusive Black Women’s Roundtable Non-Partisan Voter Guide, which includes responses to its candidates’ questionnaire by 2020 Democratic and Republican presidential candidates.  The questionnaire focused primarily on the issues and concerns of Black women, a critical voting bloc in the presidential race. The 2020 BWR Voter Guide will be available online, as an app and as a hard copy.

WHERE:  The tele-press conference call-in phone number is 1-646-876-9923, Participation Code 813714782#. To observe the launch activities and discussion, please “Like” NCBCP on Facebook at www.facebook.com/NCBCP/ and follow @NCBCP on Twitter.  The launch will be live-streamed on the NCBCP platform and on #RolandMartinUnfiltered.

WHY:   Both the 2020 Decennial Census and the 2020 Presidential Election cycle will prove to impact Black communities, and indeed the nation, for years to come. Therefore, the NCBCP has partnered with over 40 national and state-based organizations to launch a coordinated Black campaign to maximize collective resources to get out the count and get out the vote.

The National Coalition on Black Civic Participation (NCBCP) is one of the most active civil rights and social justice organizations in the nation “dedicated to increasing civic engagement, economic and voter empowerment in Black America.”  The Black Women’s Roundtable (BWR) is the women and girls empowerment arm of the NCBCP. At the forefront of championing just and equitable public policy on behalf of Black women, BWR promotes their health and wellness, economic security & prosperity, education and global empowerment as key elements for success. 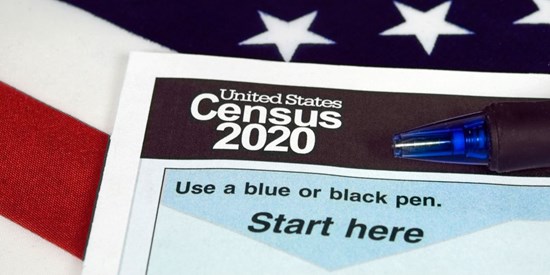 CHECK OUT OP-ED ON BET.COM

November 2, 2020 at 6:00 AM
DONATE REGISTER TO VOTE VERIFY YOUR REGISTRATION GET INVOLVED CONNECT WITH UNITY'20 PARTNERS

When and Where Will We Finally Enter? The Black Women’s Roundtable Releases Its 2019 Report